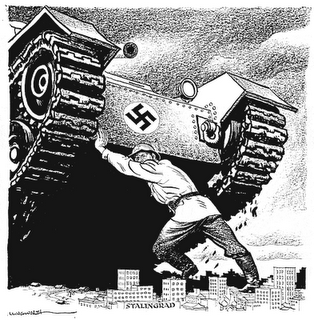 "The Cold Equations" is a science fiction short story by Tom Godwin first published in Astounding Magazine in 1954. From the Wikipedia entry here:

A star ship is traveling amongst Earth's many colonies in space according to a schedule from which, owing to the limitation of physics and available fuel, it may not deviate. When reports of a fever outbreak on the frontier planet Woden reach the starship, it drops off an Emergency Dispatch Ship, a space vessel of limited range, with a pilot and the serum that will cure them. The pilot discovers a stowaway, an 18-year-old girl named Marilyn who wants to see her brother, a colonist on Woden. The girl believes that she will have to pay a fine, but the situation is far more serious. The ship only has enough fuel for the pilot and his cargo. Her additional mass will cause the ship to run out of fuel before it can land, dooming both the pilot and the sick colonists. The pilot tries frantically to come up with a solution, but there is no way around the "cold equations"; he does not have sufficient fuel. The best he can do is to alter the ship's course enough to give her a single hour's reprieve before she must be jettisoned. In that time, she writes letters to her parents and her brother, talks with the pilot about death and, in the last few minutes, is able to speak with her brother on the radio, allowing them to say their goodbyes. When the horizon of the planet breaks up the radio contact, the girl enters the airlock and is ejected into space.

Day Three started out ominously for the Russian. On his very first attempt, the artillery observer in AA25.2 disabled his Field Phone. So much for the 120mm artillery. Then, as the German drove his Pzkpfw IIIH platoon on-board, a critical hit from a Lt. MTR turned into a dud. Things quickly picked up, however, as the defenders of the F16 Warehouse managed to hold up the assault on the Power Station for almost two turns. This bought time for the 10-2 leader in X21.1 to bring his two HMGs to help shore up the defense. The 9-1 and his MMGs in J21.1 did some damage to the advancing Sturm Company, and then a company-strong Human Wave from the Foundry Hall completely disrupted the German attack. By the time he regrouped, the German had lost two of his three reinforcing tanks to mortar and ATR attacks and the 10-2 had set up shop in the second level of the Power Plant. His assaulting Sturm company had been shattered.

Over by the Commissar's House, the expected heavy assault did not occur. The German planned to use his StuG's to support two platoons of 4-6-8s as they set up a machine-gun nest in the GG21 building. As the StuG's moved forward from their initial setup hexes, they discovered the hidden dug-in T-34s. Both were destroyed. The MG nest in GG21 came under fire from the tanks and falling Rain prevented the German from laying Smoke with his artillery. The German was able to capture the Commissar's House, but not before it was set aflame by the Russian defenders. As the end game played out, the Russians were able to contest the GG21 building and push back the German perimeter a bit along the riverbank.

In the factories, a cat-and-mouse game ensued between the NKVD defenders and a reinforcing German rifle company. German battalion mortar was able to rough up the reserve units in the Deburring Hall, but very little of the factory complex was ceded. At days end, the CVP score was Russians 63, Germans 57. By any measure, a fabulous victory for the Russian.

My reward for this stunning victory was to have my ELR drop again, down to 1. That pretty much seals the campaign for the German. An ELR this low means that the majority of failed morale checks will result in replacement by a lower-quality unit. For non-Fanatic Conscripts, it means Disruption. In a strategic sense it means the Russians will be incapable of defending any terrain outside the factories. Elite units will rapidly degrade into Conscripts, and Conscripts will Disrupt. Disrupted units will not rout normally, and will be easily surrounded and destroyed. Conscripts cannot reliably man support weapons, as an weapons so manned have their B/X# lowered by two. All the German needs to do now is drive hard straight down Leninskii Prospekt to cut off the factory complex from reinforcements, then pound the isolated pockets in the factories until they are gone. Survive for a few days with ELR 1? Certainly. Survive NINE days? No chance.

The cold equations of ASL cannot be bargained away. I concede.
Posted by UnitFour at 8:33 PM